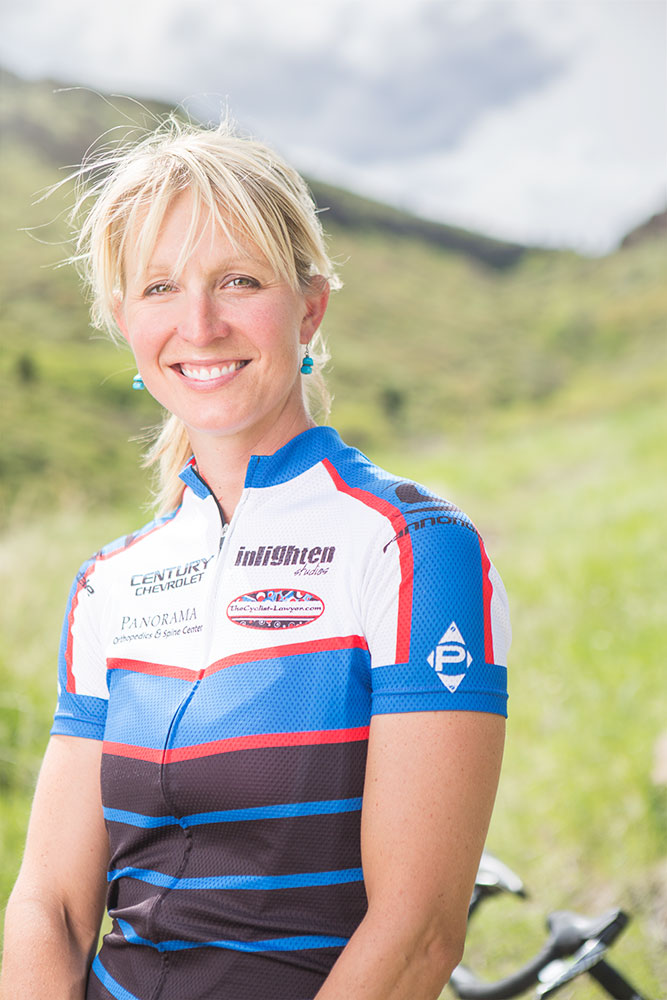 Megan Hottman has represented over 160 cyclists in their individual legal cases. She has also provided counsel to other lawyers, and to cycling groups and other organizations.  Megan has also co-authored a cycling-law resource book, Bicycle Accidents, Crashes & Collisions: Biomechanical, Engineering, and Legal Aspects (Rev.Ed), (Aug 2016).

Megan handles cases in all 50 states, and is licensed in Missouri, Colorado, Arizona and Nebraska.  She provides frequent legal education seminars on biking laws, trends she sees in her cases and those nationwide.  She also provides education to law enforcement officers.

A competitive cyclist and cycling enthusiast ,” Megan leads by example in the cycling community, whether mentoring newbie cyclists, or sponsoring cycling teams and events.

Megan was featured in an Outside Magazine article in March 2015 titled “Broken Spokes“.

Megan has been racing her bike for 20ish years now. She has raced in 4 cycling disciplines: road, track, mountain biking and cyclocross (and has competed in 3 of their national championships), plus gravel worlds and fat bike worlds.  A sampling of Megan’s cycling career highlights (so far):